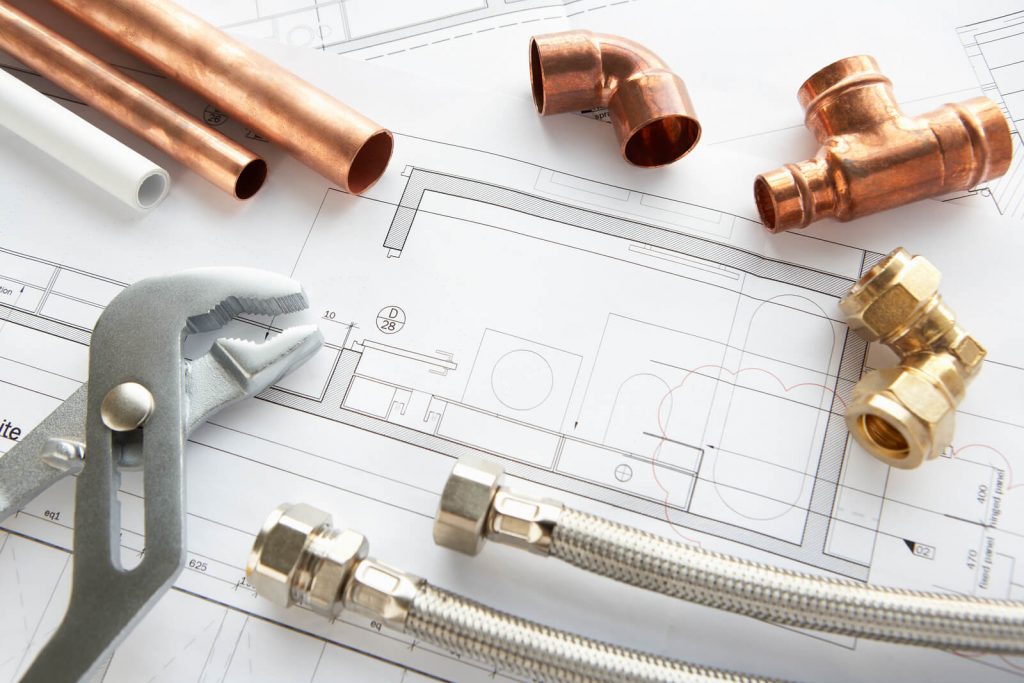 Wondering which type of pipe should be used for water supply, exterior, sewer, or even drainage? Although these pipes tend to blend together in a soluble symphony in the face of a residential plumbing orchestra, there are still pros and cons in choosing your pipe options. Whether you are the DIY plumber type or planning to hire a local plumber—you may be ought to know the safe and reliable pipes from the toxic and outdated ones.

The PVC pipe initially gained popularity because it’s lighter and easier to work with than traditional galvanized steel pipe. Moderately easy to install, the PVC pipe only requires a hacksaw and a miter box to cut. Plus, the PVC glues together with just solvents. The PVC is a vent line and a drain type of plumbing pipe.

Not so fun fact: Although the PVC pipe is commonly used by Americans across the United States, you might still have to check your local codes and regulations as it is said to be illegal in some states.

Pros and Cons of PVC pipe

The PVC can be acclaimed in many ways like it’s being cheap and efficient enough for irrigation. Plus, it is lighter and has standardized diameter sizes making it easier to install than steel or copper.

The downside of the PVC pipe is that its material deteriorates if exposed under the sunlight for a long period of time. And since it has to be glued together, it can no longer be dismantled for maintenance purposes while the glue also makes it prone to leakage if not done properly.

Known for their versatility and quality, PEX or cross-linked polyethylene pipe is the unsung hero for plumbers. It can be the best of both worlds as it can easily be weaved through the walls, ceiling, or the basement

Not so fun fact: Although it is commonly used across the United States, it is not legal everywhere. The standard fittings are required to be well supported and tested especially when installed behind walls and infrastructures.

Pros and Cons of PEX pipe

It is praised for being highly flexible, inexpensiveness, durability, and versatility, the PEX pipes can be joined in push-fit plumbing fittings and copper pipe. Aside from that, its material can be cut easily. You don’t also need to confuse it as it can be used for clean water supply with its classified colors red (for hot water), and blue (for cold water).

The drawback from using this pipe may be due to being joined with push-fit plumbing fittings as it can leak in the long run. The PEX is also not tested for long-term use.

The acrylonitrile butadiene styrene or commonly known as ABS pipe is predominantly used in drain lines and vents. Aside from the fact that is black and softer, the ABS pipe doesn’t differ so much from a PVC pipe. ABS pipe and fittings are made from a thermoplastic resin originally developed in the early 1950s for use in oil fields and the chemical industry.

DID YOU KNOW: In 1959, John F. Long, a prominent Arizona builder, used ABS pipe in an experimental residence. Twenty-five years later, an independent research firm dug up and analyzed a section of the drain pipe. The result: no evidence of rot, rust or corrosion. ASTM standard for ABS-DWV pipe and fittings was originally approved in 1967.

Pros and Cons of ABS pipe

The ABS features superior flow due to smooth interior finish while it also doesn’t rot, rust, corrode or collect waste. It can also withstand earth loads and shipping (with proper handling). Bursting pipes are also at minimal risk as it can resist mechanical damage, even at low temperatures. It is efficient enough to perform at an operational temperature up to 140°F (60°C). Lastly, it is easier to cut and install than metal DMV materials.

On the other hand, while the ABS has been critically acclaimed for its efficiency and affordability, it is still not permitted in other building codes and regulations as it can deform in certain temperatures.

Used in homes of decades, the copper pipe has its charm when it comes to handling heat and intense pressures well. Plus, the rigid copper pipe is also easy to recycle since even the old scraps of copper pipes can be sold.

What you may need to look out for this type of pipe is that although it is commonly used for domestic purposes, it is not an easy material to install or work around with especially for DIY projects done by non-professionals. The pipes can be a bit of a hassle to install as they need to be joined in soldered connections. The price of this material is also not cheap compared to other pipes.

These two types of pipes are now sometimes found in older homes and are infrequently installed by DIYers: steel and cast iron pipes. Especially now that we have a lot of options to aid our plumbing, these types of pipes are no longer used for the reason that: they corrode in time, causing clogging and may pass lead into the water supply.

DID YOU KNOW: Galvanized pipes are steel pipes that have been dipped in a protective zinc coating and were commonly installed in homes built before 1960. Today, however, we have learned that decades of exposure to water will cause galvanized pipes to corrode and rust on the inside.

Pros and Cons of Steel pipe

While this kind of pipes are now considered outdated and proven to corrode and rust through time despite the fact that these pipes were coated in zinc, it is no longer advisable to be used except when using it for natural gas and not flowing water.

The drawbacks outweigh the benefits of getting your galvanized steel pipe fitting. One thing is that it can pass lead into the water supply plus this kind of pipes eventually corrodes, blocking the water flow and inhibiting the water to flow.

The flexi pipes come in handy if you are looking for a pipe that can help you reach and connect within shallow or unusual spaces like attaching water connection to appliances. It is commonly used for toilets, water heaters, sinks etc. They are used on gas & domestic water and come in many lengths & sizes.

DID YOU KNOW: They are not permitted inside walls or floors.

Highly flexible and light, the flex pipes can be bent and connected to tiny or secluded spaces. It is best to be used for appliances and water supply lines since it can also withstand extreme and high temperatures.

The downside would be that it can get costly and expensive. Building codes prohibit the use of these pipes within walls or floors as it can also easily break which may cause expensive structural damages such as leakage. But overall, living out by its name, flexi are flexible and efficient in most purposes.

Now that you have swept through the sorts and caliber of the most commonly used pipes for residential and commercial use, we hope you now have a more educated opinion as to which type of pipe to be used for water supply, drainage, sewer, and exterior fixes. While life teaches you to go with the flow, make sure to also keep your water flowing on smooth and lead-free pipe interiors that can handle extreme temperatures for the long run! Choose and sort your pipes wisely by hiring the most trusted plumber in your neighborhood.