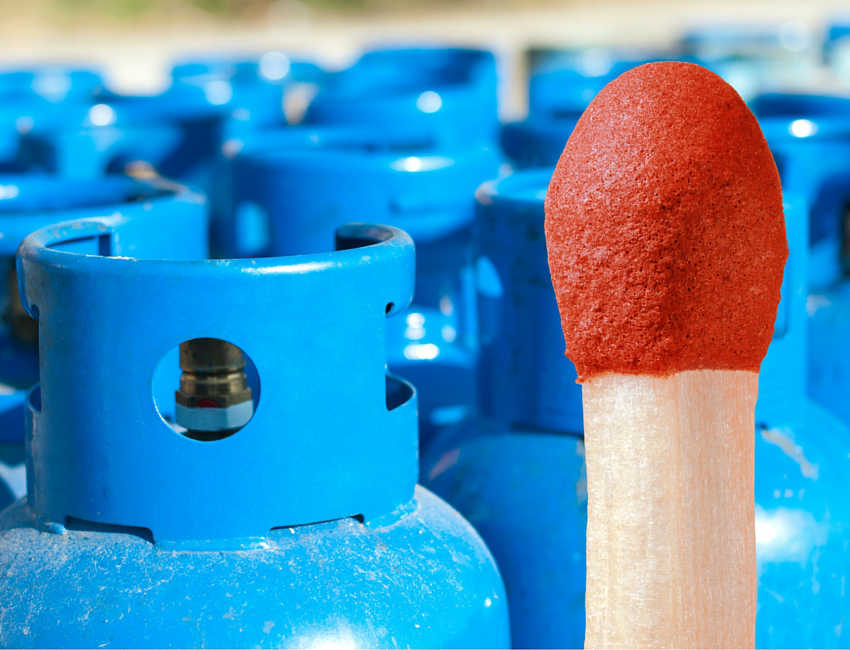 Air conditioning systems are designed to provide their cooling effect by circulating a refrigerant in the cooling system. Without having to go into the details of how such systems work, it is worth noting that the refrigerant used may be flammable or non-flammable. This simply means that some refrigerants can burst into flames when exposed to a spark, while others will not.

Whether you are an air conditioning maintenance specialist, or own any appliances that require the use of refrigerant, it is important to you to have an idea of the common safety considerations to keep in mind when handling/dealing with flammable refrigerants.

To ensure that you do not expose yourself to injury, or risk causing property damage through explosions, it important to keep the considerations listed below in mind at all times when using flammable refrigerants.

Why Are Flammable Refrigerants Used?

The simple answer to this question is that they are deemed to be among the best replacements for the outgoing CFCs and HCFCs. CFC and HCFC refrigerants, including Freon or R-22, are the most commonly used refrigerants to date. However, their ozone depleting properties have led to their phase out which will eventually lead to their total elimination. Since most of the existing air conditioning and refrigeration appliances use these refrigerants, viable alternatives meant to replace their use, without the need to replace the appliances they are used in, are now highly sought after. In comes a variety of flammable refrigerants that are known to have zero effects on the ozone layer.

Now that you have a clear idea of why the use of these refrigerants is now widespread, we can move on to the next part of this guide on the safety concerns you need to keep in mind while using flammable refrigerants.

Find Out What Flammable Refrigerants Are

Some of the commonly available flammable refrigerants include R-22a, ammonia and any other refrigerants containing a propane component in their blend. These refrigerants should only be handled by qualified and licensed professionals. Their sale is also heavily regulated to avoid any misuse or abuse.

What Type Of Refrigeration System Is In Place

Although flammable refrigerants are not designed for use in systems designed to use the non-flammable variety, it is common practice for technicians to use viable alternatives to replace the refrigerants being phased out; this practice is a mist interpretation of the term “Drop-In”. Simply put, the technician “drops in” the alternative into the system; something that should not be done recklessly.

The term “Drop-In” (or Alternative Replacement) means that one refrigerant can be used in a system that was designed to use another refrigerant with the need for minimal modifications. This should only be done where the replacement refrigerant is classified as a direct refrigerant by ASHRAE.

Any flammable refrigerant available for sale should be appropriately labeled. Proper labeling for flammable refrigerant containers, which include gas cylinders, should have a clear warning on its flammability. This is ensures that anyone who involved in its handling or use understands the risk involved; and adheres to the necessary safety handling requirements.

Air conditioning systems are meant to be inspected for leaks and any other issues and recharged with refrigerant where necessary on an annual basis. This is meant to keep them in their most effective and efficient condition throughout their useful life. However, the CFC and HCFC phase out has slightly complicated this, as the most common classification of refrigerants are now considered unusable, and are unavailable to most.

As a technician or owner of any cooling appliances that require regular maintenance and recharging with a refrigerant, keeping the above information in mind will help you avoid unnecessary risks when it comes to the use of flammable refrigerants.