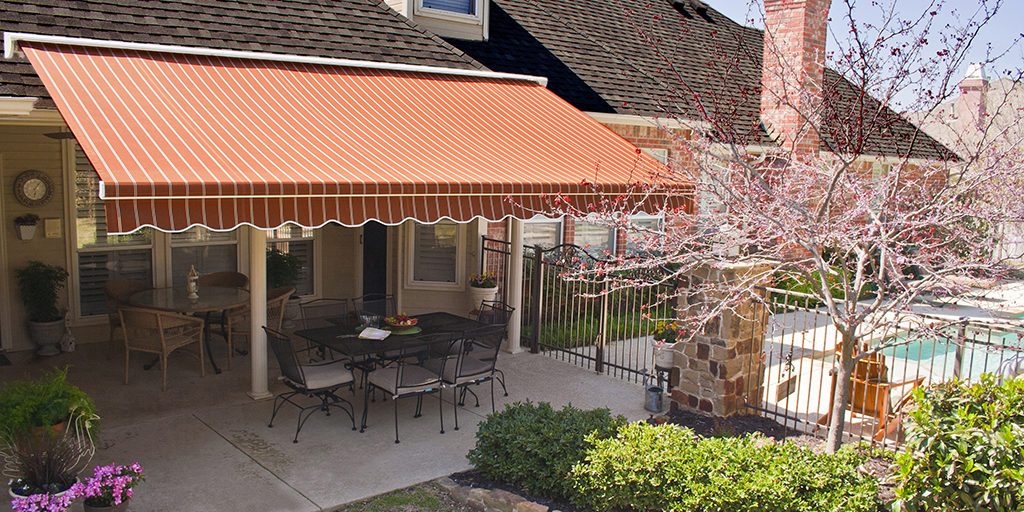 Awnings have gone in and out of fashion over the years. The sun-shielding technology all but disappeared during much of the late 20th-century, with many removing old weather-damaged awnings from their homes and feeling no desire to replace them. However, the eco-friendly effects of awnings now have them poised to make a comeback. Let’s take a brief look at how this ancient technology has managed to reinvent itself yet again.

Awnings date back to the ancient Egyptian and ancient Syrian civilisations, where they were woven from organic materials and used to shield market stalls from the elements. Perhaps the most famous awning from history was the ‘velarium’ that stretched over the crowds at Rome’s Colosseum. The large canvas structure shaded audiences from the sun, protected them from the rain and created a pleasant updraft on hot summer days.

Spring forward to the mid 1800s and awnings were a common feature on business and homes. In the late 19th-century, people began swapping these for lower-maintenance aluminium ones. Today however, metal awnings have gone somewhat out of fashion, in favour of the more visually-appealing canvas versions.

As the world works together to stall and reverse the effects of Global Climate Change, the demand for green construction building design has risen significantly. While air conditioning systems may have once been a preferred replacement for awnings, the market is moving away from these energy-guzzling technologies.

When placed over windows, awnings shade buildings from the sunshine and keep them cool without the need for air conditioning. The growth of eco-consumerism and the continued rise of energy costs has sparked a renewed interest in this simple, sustainable way to keep cool. With more options available than ever before – from retractable awnings to water-resistant fabrics or fibreglass varieties – awnings are officially back in style.