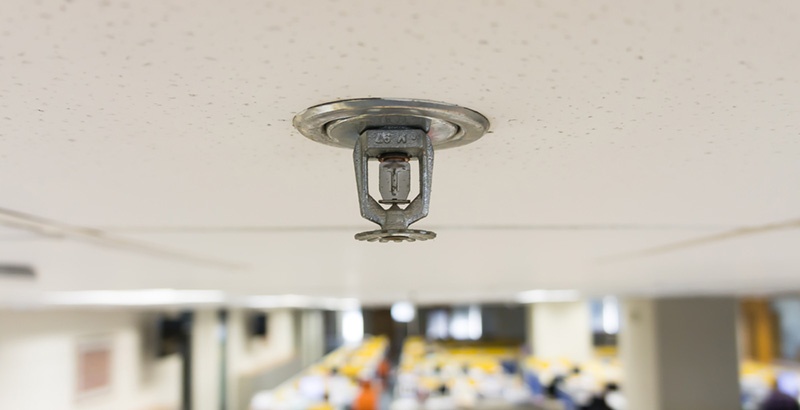 When you need to choose a sprinkler system for your commercial environment, it can be helpful to know about the different types of systems available. Here are the most common sprinkler systems that can be installed.

The most common type of fire sprinkler systems New York, the wet pipe sprinkler system sends water out of sprinkler heads when heat activates the system. Pressurized water stored in the pipes is released to put out the fire. Each sprinkler head is activated individually, which can help prevent unnecessary damage from a false alarm. This is an inexpensive and low-maintenance option for schools, offices, hotels and other commercial environments.

True to their name, dry pipe systems do not have water stored in them. They are filled with pressurized nitrogen or oxygen, which is released before the water is sent through the pipes when a sprinkler head is activated. This system is used more often in cold climates where there is a risk of pipes freezing. The frozen pipes would prevent water from being released, making the sprinkler system useless in an emergency.

A pre-action sprinkler is a type of dry pipe system. It requires two-step activation, which is useful in places where a faulty alarm can cause large amounts of destruction. Places like libraries and museums benefit from this type of system where important relics and books could be damaged. This system has a heat and smoke detector, which activates the pre-action valve, sending water into the pipes. The sprinkler heads can then be activated separately.

Another type of dry pipe system, the deluge sprinkler is often used where flammable liquids are present. External heat and smoke sensors activate the system, which then sends water to all sprinklers in an area causing a flood of water. Any area where fire can spread rapidly can benefit from the deluge system.

For extra protection against highly flammable fires, a foam water system may be installed. Foam can be used in any of the sprinkler systems mentioned above and is usually combined with water to combat the fire.

Choosing a sprinkler system is an important safety requirement for a commercial environment. Depending on what your business is, what types of materials you have present and your climate, the requirements for your sprinkler system will change. Make sure you know the best option to prevent excess damage from fire.